All high school players who registered for the fall season have been placed into one of three groups, as outlined in the 'Evaluation/Try-Out Process and Rosters' section below.

These groups are effective immediately for all practices.  Varsity dress lists will be posted on a game-by-game basis.  Swing players should skate at ALL JV and Varsity practices unless notified otherwise.

As discussed at the Parent Meeting and during the evaluation process, our rosters and groupings can and will continue to change throughout the fall/winter.  Any JV player has the opportunity to be rostered on the 30-man Varsity roster, up until playoffs begin or until all of those roster spots are filled.  Players will be notified of any changes accordingly.

Players are expected to communicate any conflicts with their availability to their coaches. We will also be using the SportsEngine availability feature to manage availability for both practices and games in the near future.  More details will be shared soon on that.

The Thursday, 9/15/22 session will be an optional skate for JV players.

The first Chaminade game in the Marquette Varsity Pre-Season Tournament is this Sunday, 9/18/22.   The dress list for that varsity game will be posted to the Varsity Team page of the website by Saturday, 9/17/22.

The Evaluation/Try-out process and rosters….

High School hockey rostering is a different process than with club hockey. Club teams set their rosters following their evaluation/try-out process, usually of 15-20 players. USA Hockey and Mid-States allow high school teams to carry an “open roster” of up to 30 players on each team until the start of playoffs. That being said, high schools have the luxury of using the next few months to continuously evaluate players and move them between teams until they reach the maximum of 30 players on each team.

Chaminade Hockey uses the first few skates each season as “evaluations/try-outs” to break all of our players into 3 groups (Frozen Varsity, Swing, and Junior Varsity). Following our “evaluation/try-out” skates, practice ice times are designated Varsity or Junior Varsity. Players in the Varsity and Swing groups will skate at all Varsity practices/games. Players in the Swing and Junior Varsity groups will skate at the Junior Varsity practices/games. Due to additional growth within the Chaminade Hockey program, we begin rostering two JV teams - JV Red and JV White. At any point up until the playoffs, a player may move from a Junior Varsity group to Swing or from the Swing group to Frozen Varsity.

Chaminade Hockey, as well as every other team in Mid-States, uses this to their advantage. This process allows players to compete throughout the season for the open spots on the Varsity roster. It allows us to reward players that work hard, are dedicated, and are having success in practices and games. It also allows us to roster enough players in the event of conflicts.

Coaches for the Varsity and Junior Varsity teams are in constant communication with each other as to where players fit and as to where players will help each team succeed. If at any point, you are unaware of your sons status in the organization, please contact a coach for explanation.

To be eligible for Varsity playoffs, a player must compete in twelve (12) Varsity games or a combined seventeen (17) Varsity and Junior Varsity league games

A Swing player automatically becomes Frozen Varsity once they have accumulated 30 points combined in Varsity and Junior Varsity league games.

Players missing games due to injury may be cleared by Mid-States for playoffs with a doctors note. 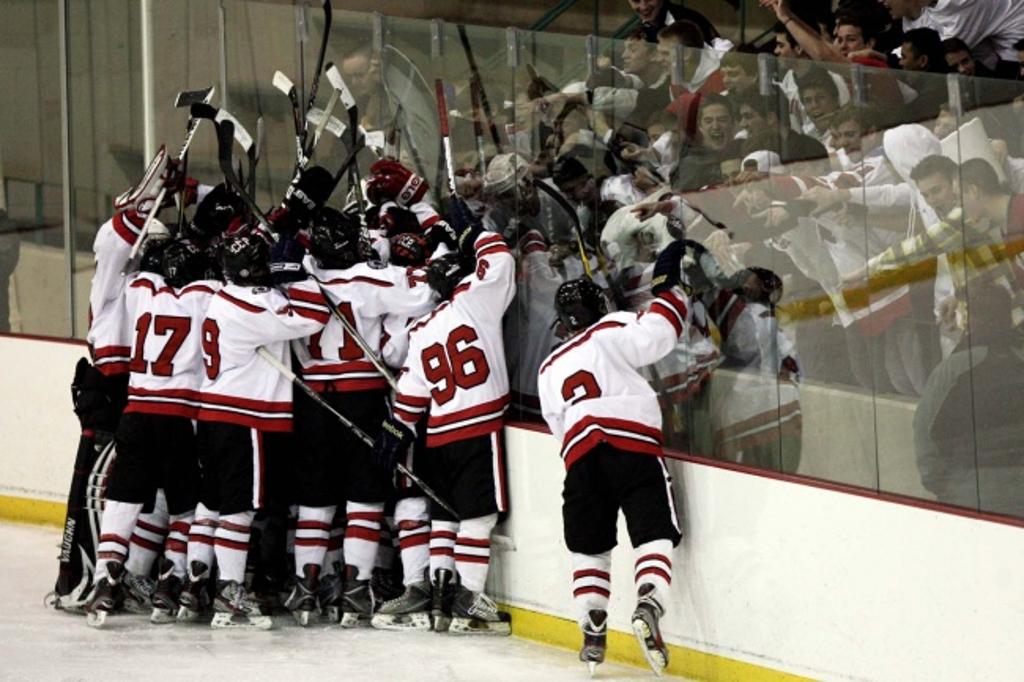 The following players are missing paperwork and until it has been turned in are ineligible to play: